Some History
about The Knabstrup Horse
Thoughts on breeding programs and aims
In Denmark as early as in the Year 1671, there was a very popular line of Spanish horses, called "The Tiger Horses", which, in the year 1750, reached its summit of quality that they were to achieve. But the in the years that followed this Royal breed came to a sad end, as the colour disappeared, probably because of the grey gene.

In 1812 the another color breed returned to Denmark, but this was not from the Royal horses, a new breed-line was started. Villars Lunn, owner of the manor house "Knabstrupgaard" in the neighbourhood of Holbaek, Nordsealand, bought from a butcher named Flaebe, a mare named "Flaebe". Probably the mare was of Spanish origin, but it looked very much like an English hunter type. The butcher had bought the mare from a Spanish officer, stationed in Denmark during the Napoleon wars.

The unusual colour of the "Flaebe" mare was memorable. Beauty and quality was together in the same horse. She was dark red (Zobelfuchs) with white mane and tale, very much covered with small white snowflakes on the body, and with brown spots on her blanket.

There has been a lot of guessing about the origin of the "Flaebe" mare, but a possible theory is, that she descends from Meklenburg in Germany, where the Spanish were stationed before they came to Denmark.

When horses were bought to the stud farm, it was considered, that the animals, due to hard work, had shown great staying power and a good temper.

The "Flaebe" mare was in service at Knabstrup from the month of May 1812, as a light workhorse. Titular councillor of state V. Lunn, writes in his memories, how the "Flaebe" mare in 1816 showed her value. V. Lunn had been run over by a carriage, and the doctor was needed immediately because of a broken leg. A farmhand took a pair of horses from the yard, drove to Holbaek, where the doctor wasn't home, from there to Buttrup vicarage, where he found doctor, Reinhardt, and then, back again to Knabstrup. It was a distance of 30 km., and it was driven in 105 minutes. The one horse was damaged for life; the other was the "Flaebe" mare, and the very next day she was back in the fields to work. At that time she was 15 years old.

All of her progeny had fantastic coloring, and she never had one solid colored foal. The "Flaebe" mare became the foundation mare of the Knabstrup horse.

She was once covered by a yellow "Frederiksborg" stallion, and their foal was a colt, named "The Flaebestallion", and he was the foundation stallion for the new spotted breed. The "Flaebestallion" was a very unusual color. He was essentially lighter in color, was often mentioned as having more than 20 different colors, and he had a special metallic glow to his coat.

Another colt of the "Flaebe" mare was "Mikkel", born 1818. He was son of his halfbrother the "Flaebestallion", and was famous for his results in horseracing. Even though he always drew a carriage the 6 Danish miles (41 km.) to the racing ground in a forced speed, he was only defeated once, as he was 16 years old, in a race in Copenhagen. "Mikkel" had been ridden against a clod, and his chest was painful in the left side. It was the only time another horse managed to get in front of him.

These races were seen by many people, and gave the Knabstrup horse the reputation of being a powerful and a great working capacity. "Mikkel" is probably the most famous horse in the Knabstrup breed.

Danish officers often used Knabstrup horses as mounts during the war 1848-1850. (Schleswig war), but unfortunately, because of their eye-catching color, they made good targets for the enemy. In the Battle of Isted, 1850, two officers rode loud colored Knabstrup horses, and they both got shot. Colonel Laessoee's horse, a colorful mare "Nathalie", escaped unharmed as the colonel was shot, and in the years to come, she went on to raise offspring. One foal was named "Laessoee" after the fallen Colonel:


"Colonel Laessoee in The Battle of Isted 1850" painted by V.H.N. Irminger, 1912. (The Museum of National History at Frederiksborg Castle)

The other officer, general Schleppegral, had once used "Mikkel" as his personal riding horse. During the Battle of Isted he rode one of the Mikkel sons, and was also shot during the fighting. The stallion ran off and disappeared. All efforts of the Danish Army to find the valuable horse were in vain.

Unknown to the army, several farmers in the hills of Skovby, caught the red spotted stallion, and kept him hidden till the end of the war. Knowing his value, they kept their lips sealed, but used him as a sire. Renamed "Schnapegral-peerd", the horses became separated from the actual Knabstrup breed, and were greatly sought after by farmers in the area. Much to their advantage, the stallions get had fine carriage, peculiar colouring and lovely appearance.

As late as 1910, a local was using a direct descendent of the earlier hidden Stallion.

During the 1870es, began at the Knabstrup stables an unavoidable downfall. At the Lunn family the herd maintained at the time, between the Schleswig-wars, between 40 and 50 spotted horses, all descendent of the "Flaebe" mare. This inbreeding caused great difficulties in retaining colour and quality, and the breed began to regress. 22 Knabstrup horses was killed during a fire in 1891, and this fire, combined with the problems of inbreeding, caused the number and importance of the breed to become smaller and smaller.

Though the horses of the Knabstrup stables met their downfall, they left behind a great influence on horse breeding in the entire country. Breeders began outcrossing to horses of Knabstrup parentage, and a new strain of spotted horses was fostered. Still known by the same name, Knabstrup horses to this day are enjoying more popularity than ever before.

The tiger looking horses from Knabstrup was foundation for the breed in the Holbaek-area, not to mention Bornholm and northern parts of Jutland. As a circus horse it was popular as well.

Vendsyssel (Northern Jutland) had from approximately 1930, a greater number of tigered horses, with some variations in color dispersion. These horses had no connection to the breeds of Sealand.

1902 a tigered stallion from St. Petersburg was imported to Denmark. He got the name "Mikkel", and he was being bred by A.F. Rasmussen, until he was 25 years of age. Some years he was the father of 60 - 80 foals, half of them were more or less spotted. A Mikkel-son with the right colour, was sold to a dairyowner, and has probably been the foundation for the new generation of Knabstrup horses about 1930.

"Knabstrupgaard" was not complete out of the picture after the fire. In the Year 1922 a stallion from "Knabstrupgaard" was shown at the cattle show in Holbaek. His name was also "Mikkel", and several farmers in the area used him. He was rejected because of not acceptable colours, but he proved himself valuable in the breed.

In 1947 "Association for promotion of the Knabstrupper in county of Holbaek" was founded in connection to stud farm "Egemosegaard".

A former farmer N.H. Nielsen and his son, barrister C.N. Ledager, with the purpose to make a stud farm for Knabstrup horses, in attempt to, with rational breeding, to continue development of this once so famous horse, bought Egemosegaard in 1946. The stud farm bought two stallions 1946 - 1948, "Silverking II" & "Max Bodilsker":

In 1954 the stud farm was culminating with 15 horses in the stables. It had a great reputation, and people from all over the country came to visit, until the finish in 1959.

"Association for promotion of the Knabstrupper in county of Holbaek" was still fighting, but with the foundation of "Danish Sporthorse Breed association" in 1962, which many Knabstrup breeders joined, everything was close to total chaos. 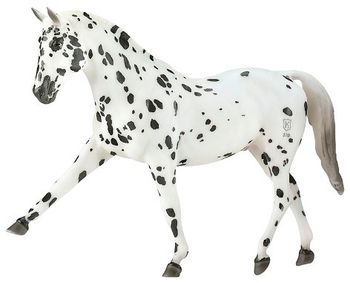 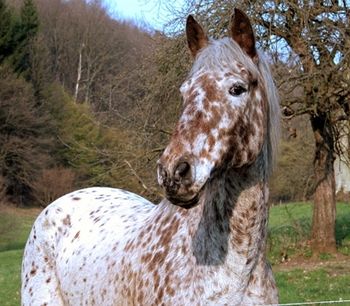 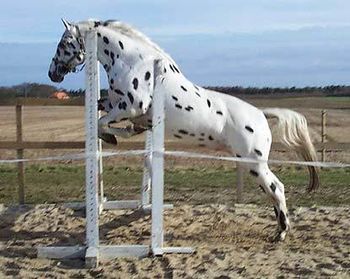 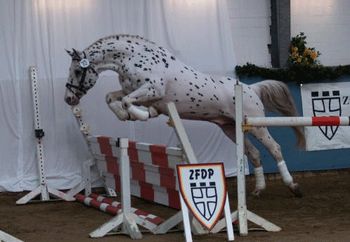 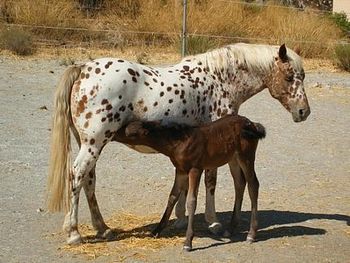